What is the importance of an attorney who handles the case of wrongful death?

So, this depends on the individual circumstances of the case, but on the most basic level when it comes to wrongful death attorneys their goal is to investigate and then recover money from individuals or entities that caused the death of an individual who would still be alive today if not for the tortfeasor’s actions or inactions – using Florida statutes and interpreting case law.

How is a death considered a wrongful death?

That will depend on a multitude of things and circumstances, as every potential case is different. But for some generic examples things like car accidents, truck accidents, home accidents, workplace injuries, and other tort-like actions that result in the eventual death of the originally injured individual have the potential to become a potential wrongful death matter. Technically, it would only be considered a wrongful death cause of action if presuit negotiations failed and one would then be forced to file a wrongful death lawsuit in a circuit court somewhere in the State of Florida.

How do you determine that a death was the cause of misconduct or negligence of another party to make a potential wrongful death action ripe?

Well, that’s kind of a two-pronged question right! The first thing you have to do is you have to piece together what act, action, or inaction caused an individual to, unfortunately, pass away. In other words, you need to know the  “what” or what happened.  Naturally, you have to do this at the presuit level first. You have to figure out what the factual scenario is, a kind of the lay of the land if you will. In addition to the factual circumstances, you will also need to know the players involved. This is the “who” of the potential matter. Then as you continue to investigate you need to determine who was present, what people say, what people didn’t, who the tortfeasor or bad actor would be, and then with that complete picture you can begin to build a theory of liability.

Once you have determined a workable theory of liability at the pre-suit investigation level, next you need to assess and make sure that the tortfeasor or bad actor is a person or entity that is collectible, because at the end of the day a wrongful death action is about holding bad actors economically accountable for the death they have caused. Once you have this picture in place with a theory of liability, and a collectible tortfeasor it’s time to get aggressive and try to resolve the matter through an informal demand, formal demand, presuit negotiation, presuit mediation, or some other mechanism to bring about the resolution of the matter. If this is successful then the matter ends with a presuit settlement and the signing of a mutual release or settlement agreement.

If you’re unsuccessful at the presuit stage, then you kind of have to take the second step, which is to determine how best to tweak everything you did at the presuit level to craft a wrongful death lawsuit for filing in circuit court. At this point, “what you say” is just as important as “how you say it” because now you have to make sure that you draft a complaint that complies with the Florida Wrongful Death Statute.

It sounds like a long process that depends on many factors

Yes, it can be a long process, but it can be streamlined too – each case is different, so it just depends. For example, when everything is captured on video, you have a bunch of eyewitnesses, who are all saying the same thing, and you have a statutory survivor, then it might not take very much time to figure out a theory of liability and get the ball rolling quickly. However, in other situations, it might take a long time to do a complete and thorough investigation to figure out the facts, players, and theory of liability. This can be compounded when it becomes difficult to get in contact with potential witnesses in order to piece together what happened in order to determine whether or not you have a viable case.

What is the compensation process in a wrongful death case?

You find your statutory survivor or beneficiary under the Florida Wrongful Death Act. That person is the individual who has lost the benefits and services of the person who died and becomes the tether to which you tie some of your damages, aside from the deceased’s medical bills, pain and suffering, and things like that.  I’ve worked on a wrongful death case where a father was killed in a horrific car crash combined with a freak accident involving power lines and power poles on the side of the road, and the deceased’s son was the statutory Survivor who lost the benefits and services of having his father around. You would need to either work out a settlement presuit, file a lawsuit as described and settle before trial, or take the case to trial and get a jury verdict.

How do you calculate damages in a wrongful death claim?

There are different types of Damages. There is economic damage. So, things like the deceased’s medical bills, from the date of the incident up until the time they passed away from the injuries sustained in the incident. Then there’s, past pain and suffering, loss of services to the survivor, and the like which are forms of non-economic damages. Oftentimes when it comes to settling a case, they lump all the damages together into one number. But if you have to take your case to trial and present it to a jury the jury form would parse out the different types of damages which would then be added up to one large number which would be the verdict. This assumes of course that if you went to trial you won.

Do all beneficiaries in a wrongful death claim, have to agree to bring a lawsuit?

So that kind of depends. Under certain circumstances yes, under others no. For example, if there are three survivors and all three are named beneficiaries of the lawsuit,  then the money that would be derived from that lawsuit through a settlement or through trial verdict would be evenly split among them. In instances where the tortfeasor or bad actor is not collectible then you get the Final Judgment entered after a successful trial verdict, but the survivors might never see a dime. This is why it is important to take the time to assess the collectability and solvency of the tortfeasor or bad actor in order to make sure if you get a successful verdict and Final Judgement entering it that the survivors get the money they deserve as a result of losing a loved one due to someone else’s carelessness or negligence.

Any professional suggestions for those who are visiting our website on this topic?

The most important thing is to understand that there is a strict statute of limitations for these sorts of cases. I know it’s like the last thing that’s on someone’s mind when they lose someone close to them, but it is very important to know that the clock is ticking. There’s only a certain time period that you are allowed to bring a wrongful death lawsuit in the State of Florida, and if you don’t bring the lawsuit within that time frame, you’ll never be able to.

So, I suggest that you speak to a lawyer right away, if nothing else for peace of mind. Knowing whether you have an avenue to hold someone accountable early on is better than finding out too late that you could have but the statute of limitations expired so you are stuck. If nothing else, speaking to an attorney early on will allow them to coach you and show you whether they think you have a viable case. When these terrible things happen people don’t know what they’re going to do at that time, they have so much on their plate, so much grief, anger, sadness – let an attorney at least take on the burden of evaluating the incident for them. 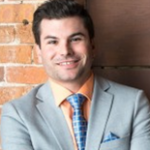 Mr. Gartland was born in Newtown, Connecticut, and moved to the Southwest Florida area when he was a child, and has called it home ever since. He attended Florida Gulf Coast University where he received a Bachelor of Science in Criminal Forensic Studies and Criminal Justice, graduating with honors. Mr. Gartland then attended the University of Cincinnati where he received his Master of Science in Criminal Justice with academic distinction. He earned his Juris Doctorate degree from the University Of Florida, Levin College Of Law located in Gainesville, Florida.

While in law school, Mr. Gartland was a member of and participated in trial team, served as president of the Law Student Transfer Organization, received the Wildcard Award for oral advocacy, obtained a certificate of concentration in Criminal Justice, and a pro-bono award for his philanthropic work volunteering while in law school, all the while taking numerous courses centered around litigation, negotiation, and advocacy. Mr. Gartland also worked as a certified legal intern (“CLI”) with the Law Offices of Kathleen A. Smith, Public Defender, for the Twentieth Judicial Circuit of Florida in Fort Myers to gain trial experience before graduating from law school. After graduation and passing the Florida Bar Exam. Mr. Gartland began his legal career as an associate attorney at Swope, Rodante P.A., in Tampa, where he represented and assisted individuals and families who had been injured or killed because of greed, carelessness, and negligence. While at Swope, Rodante P.A., he assisted in the litigation and trial of a personal injury case that resulted in a top 25 trial verdict for the State of Florida in 2019, with a jury award of over $3.83 million dollars. Mr. Gartland continued to realize success as a litigation attorney at Gunter Firm in Fort Myers were he litigated, negotiated, and settled numerous employment, breach of contract, and personal injury cases. In April of 2021, Mr. Gartland joined the Pendas Law Firm believing in the firm’s commitment to law, zealous advocacy, and the shared mission to achieve “justice for all” one case at a time. It is his lifelong pursuit to right the wrongs of our world by fighting for those who have been injured, damaged, and broken by greed, carelessness, and negligence.

In his free time, Mr. Gartland enjoys giving back to the Southwest Florida community by volunteering with various philanthropic organizations through the Lee County Bar Association, playing sports, traveling, camping, writing music, going to the beautiful beaches of Southwest Florida, and attending church.
Previous article Debt Settlement or Bankruptcy, Which one to File!
Next article Use of Revocable Trusts in Estate Planning 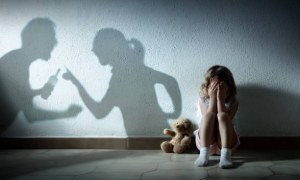