Franchising is a way of expanding a brand. It’s a way of financing expansion and expanding to better penetrate numerous markets simultaneously and in ways that can’t be done if one only works with its own capital. It also drives more motivated owners into adopting the brand.

Franchise law involves the need to comply with franchise disclosure legislation in 6 disclosure jurisdictions across Canada. These 6 jurisdictions are Ontario, Alberta, British Columbia, Prince Edward Island, New Brunswick, and Manitoba. Each of these jurisdictions has franchise statutes and regulations that control the franchise relationship in specific ways.

There are three basic obligations imposed by these statutes, which are as follows:

Each will require a disclosure document by a franchisor to a franchisee. The disclosure document should contain all the information that a prospective franchisee will need in order to make an informed business decision. It also should set out all the information required by regulation to be disclosed, and anything else that might be called a material fact.

A material fact is defined as anything that could impact the value or price of the franchise or the decision of the prospective franchisee to buy the franchise.

If no disclosure document is given at all, then the franchisee has a two-year right of rescission from the date of signing the franchise agreement.

A rescission claim is very serious because it basically means that the franchisee could demand everything that is invested in the franchise, back from the franchisor. It’s not just the initial franchise fee but anything else that it has invested, and it would also cover its losses. This disclosure obligation is therefore a very serious one.

The franchise statutes also require that both parties to a franchise relationship exercise a duty of good faith and fair dealing. It basically means that you should act fairly with each other and without discrimination, without cheating, or lying, or treating the other party in an unfair or unreasonable way.

3. The Right of Association:

Role of a Franchise Law Attorney

The disclosure obligation is key; it’s a very detailed-oriented obligation in the sense that it’s very much like a securities offering, and any technical deficiency could invalidate the validity of the disclosure document. So it needs to be drafted by a franchise lawyer who is an expert in the field. Otherwise, and as noted above, the franchisor runs the risk of being sued for rescission.

A franchise lawyer representing the franchisor would make sure that the disclosure document is prepared and disclosed properly, and the lawyer would professionally guide the franchisor through this process. 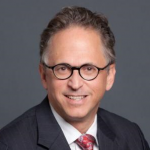 Franchise Law
Joseph Adler is a senior corporate and commercial lawyer who assists clients in all matters related to their operations and transactions in Canada and a registered trademark agent. His particular emphasis is in franchising and distribution, intellectual property law and cross-border trade. Joseph serves as legal counsel for Canadian and US (and other foreign) franchisors doing business in Canada and Canadian franchisors doing business in the US, Europe and abroad. He also acts and has acted for various multi-unit franchisees and franchisee associations as well.