Spousal support is where one spouse, after separation, financially supports the other under an agreement or a court order. It is because their earning, or their earning potential, is greater than the other; the law requires them to equalize the other spouse who contributed during the marital relationship. The contribution could be in many ways; maybe they’ve helped them build a business, perhaps they’ve stayed home to take care of the kids and given up, delaying a promising career. Potentially they’ve assisted in some way that the other spouse during the marriage relationship benefited unequally.

Spousal support isn’t meant to give compensation for being financially disadvantaged. Sometimes it can be temporary, giving them time to go back to school, build their career. It could be permanent for an indefinite duration, depending on how long they were married and in a marriage relationship. Sometimes the spouse doesn’t have an opportunity to build another career, and if they’ve been married for more than a decade, then it’s not an easy option to create a new career. So, based on other various factors, the courts could determine the scenario of what the support could be. They would look at the difference in income, if they have children, who are the primary person caring for the children, their age, mental and physical health, etc. If there is no mutual agreement, it’s something that you need the court to decide, or you have a lawyer who can argue it and, based on factors, decide what would be like a fair amount of spousal support obligation.

When there’s been a disadvantage in a marriage relationship, and there’s inequitable income. In most cases, spousal support is requested by the spouse with the lower income to help them get back on their feet.  Then you’re eligible for spousal support based on the advisory guidelines.

It’s calculated by looking at the inequities and income-earning potential of the two spouses and the various factors contributing to helping one spouse earn a more significant income, their ages, their role during the relationship, mental, physical health, and their abilities to support themselves. The factors that are usually looked at are the length of the relationship; the roles played by each spouse during their marriage; the age of the spouses at the time of separation; the effect of those roles and the breakdown of the marriage on both spouses’ current financial position; the ability of one spouse to support the other; the ability of the recipient spouse to become self-sufficient; the ongoing responsibilities of the children if any; and any previous arrangements made.

To qualify for spousal support would mean that the person is making more than the other spouse. Sometimes though the income numbers get outdated, let’s say this year they make a decision and maybe it’s based on last year’s income by looking at the notice of assessment for last year, and going forward, the numbers don’t make sense because the earning potential at one particular year becomes significantly outdated. If it were based on a court order, they would need to go back to court and show that there’s been a material change in circumstances and reassess the numbers.

It depends. If they’re in a long marriage, let’s say over seven years, one of the scenarios could be indefinite spousal support, but it would be when there’s an inequity in the earning income of the two spouses. Arguably, if the spouse could go back to work, it could be a temporary situation. And let’s say, if the spouse does go back to work, then it would be evaluated based on the actual income. So the scenario where it would be indefinite would usually be where there’s a long marriage.  Other factors including their abuse and mental and physical issues, where they need a psychologist, may extend the duration of support because then it’s much more difficult to go back to start a new career. It may be for a long duration of more than 5 years or for an indefinite amount of time in various scenarios.

There may be circumstances where the hypothetical amount of income may be used for the determination of spousal support. For example, when one spouse intentionally does not work, or does not want to work, or is hiding his/her income, then the court may put a hypothetical amount reflective of the amount that the spouse is capable of earning referred to as “imputed income” amount.

Role of a Family Lawyer

A lawyer is essential in a case where spousal support is claimed because it’s all argued based on various factors, and you need to build evidence to support all of the factors. To explain why spousal support would be crucial to basically help one spouse either reintegrates into the workforce, deal with some mental or physical problems, continue to support the children as the primary caregiver, to stabilize one spouse, or explain how they’ve helped the other spouse build a career in a way where it is fair for there to be spousal support or the other spouse is intentionally not earning. It’s argued in front of the Judge, it’s usually a contested issue, and they can significantly impact the quantum of spousal support awarded by the court.

A strong advocate with experience in family law can help explain why the spousal support guidelines would be appropriate on the higher end, looking at the age of the parties, the needs, the length of the marriage, the contributions made during the marriage, including looking after the children and how they’ve helped the other person. The numbers can be quite significantly different, and you would need someone confident in arguing why using the spousal support principles there should be a good decision providing the maximum spousal supports and convince the Judge of this. 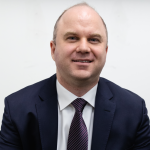 Family Law
Owner and founder of Juzkiw Law, Stefan Juzkiw, has been helping clients to solve their most complex and challenging legal problems since 2013. His specialties are small claims, family law, and immigration. Natural-born storyteller that captivates an audience, with engagement through the best display lens, Stefan Juzkiw is a life-long learner and enjoys the challenge of solving problems. Stefan is an expert with the legal process and familiar with the system. He is a strategic thinker and enjoys analysis of various paths and finds the best possible solution. His passion to help clients in difficult situations, strong negotiation and persuasion skills had made him a strong and winning lawyer. Stefan graduated in electrical engineering and completed his Master of Business Administration and his JD from the Wayne State university licensed lawyer in Michigan, USA, and Ontario, Canada.
Previous article Unemployment Benefits in Canada Due To COVID-19
Next article Overview of Mass Torts & Class Actions!