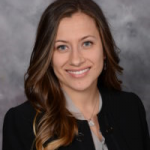 Immigration Law
Viviana is a citizen of the United States and Colombia. She emigrated from Colombia with her parents when she was 11 years old. As an immigrant, Viviana went through the immigration process by obtaining her lawful permanent residence and then deriving her U.S. citizenship from her parent when she was still a minor. Aside from experiencing firsthand the fear and struggle immigrants encounter when trying to achieve the American Dream, Viviana also has more than 10 years of experience in the immigration field.

Viviana earned her Bachelor of Arts degree in Mass Communications – Advertising with minors in Sociology and Communications from the University of South Florida in 2009. (Go Bulls!). After obtaining her undergraduate degree, she began working at the law office of Neil F. Lewis, PA in 2010. Viviana began her immigration career as a receptionist. Her passion to help clients motivated Viviana to learn about the legal aspects of immigration. She excelled in her role and was quickly promoted to legal assistant and then to office manager.

In 2014, Viviana was accepted into law school and completed her law degree while employed at Neil F. Lewis, PA, full-time. She has been a member of The International Legal Honor Society of Phi Delta Phi since 2017. Viviana was invited into Phi Delta Phi due to her academic achievements and for ranking top 33% of her class. In 2018, she graduated from law school cum laude with her Juris Doctor degree from Western Michigan University, Thomas M. Cooley Law School. Viviana has been working as an associate attorney with Neil F. Lewis, PA, since being admitted to practice law by The Florida Bar.

From her personal and professional experience with immigration, Viviana can efficiently and empathetically help her clients with their immigration cases. Viviana is fluent in Spanish and finds great satisfaction in helping clients understand the process and achieve their American Dream.