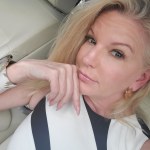 Real Estate
Renee Marie Smith is an American real estate attorney, author, speaker, and educator. She was the 2009 host of the Fox 29 Real Estate Guru Show. In 2017 she founded Trending50, an online network for the empowerment of professional women through access to its digital magazine, articles, web series, FIFTV, and national networking events.

Early Life and Education
Smith, the daughter of a retired real estate developer, was raised in Cleveland, Ohio. She attended Case Western Reserve University where she received a Bachelor of Arts in Political Science and Economics with an independent study into the Exportation of US Service Industries. While completing her undergraduate degree, Smith clerked on Capitol Hill in Washington, D.C. for Richard Gilmore's agribusiness lobby firm, GIC Group.

In 1994, Smith went on to attend Cleveland-Marshall College of Law where she received a Juris Doctorate with independent research into International Business and the Cultural Impact on the Development of Legal Systems. During her Juris Doctorate studies, Smith lived abroad in Mexico and Brazil, where she was educated on NAFTA, International Trade, and Comparative Law: Common versus Civil Law Systems.

Career
Smith’s first position post B.A. was with IBM as a mainframe salesperson. She later went on to work for National City Bank in Cleveland, Ohio as a financing servicer for GM Ford Dealers Automobile and then worked as a division sales manager at [Dillard's]. Smith passed the Florida Bar in 1997 and moved to Bangkok, Thailand after accepting a job as legal counsel for Millenium IT Thailand, a subsidiary of ConSyGen, Inc. She returned to the United States in 1999 and worked in the litigation department at statewide Florida law firms, Stiles, Taylor, & Grace, P.A. and Walton, Lantaff, Schroeder & Carson.

In 2007, Smith opened her own law office in Miami, Smith Title Services, Inc., providing aid to distressed property owners in resolving their debt issues stemming from the 2007 housing crisis. In 2009, she founded the statewide title company, Smith & Associates, to advocate for discouraged homeowners needing assistance with short sale negotiations.

While practicing law, Smith also wrote her first book, My Short Sale Guru’s Guide to Healing and Financial Recovery for Discouraged Homeowners, which was published in 2011 under her own publishing company, Guru Publishing. Smith's second book, "My Short Sale Guru's Guide for Real Estate Professionals to Empower and Invigorate Sales," was published in 2013 and targeted real estate professionals.

In 2017, Smith created the networking group Trending50. Trending50 offers advice, articles, webinars, and networking events for women operating in a wide range of industries and interests. In 2018 Trending50 plans to launch a digital magazine and video web series, which will feature interactive access to female executives and entrepreneurs.

Media
Smith's articles have been featured in Palm Beach Woman’s Magazine, National Association of Women in Real Estate Businesses, and Women’s Council of Realtors PB quarterly. She has made guest appearances on Genesis Global Radio and LVRadio with Glenn in 2013, and Las Vegas Real Estate Radio Hour in 2012. She hosted the NAWRB Call4All Series in 2011 and made a guest appearance at the Coldwell Banker Distressed Property seminar in 2012. Her articles on the subject are published in real estate and business magazines and blogs, including Forbes and Huffington Post.

Accolades
Smith has received recognition from the 11th Judicial Circuit & Dade County Bar Association for Pro Bono work with Real Estate Indigent Clients. In 2012, she was the winner of the National Association of Women in Real Estate and Business' Roaring Twenty Business Development Award. Smith is the Co-president of the Ellevate Network Miami chapter.