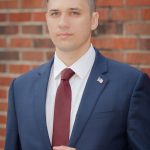 Criminal Defense
Attorney Augustus Invictus is owner of The Invictus Law Firm, a criminal defense firm located in Orlando, Florida. Mr. Invictus attended the DePaul University College of Law in Chicago, where he worked in the field of international criminal law. He returned to Orlando in 2011 to practice criminal defense in his hometown.

Having been the target of unjust prosecution himself, Mr. Invictus takes the fight against the corruption of the criminal justice system as a personal crusade. Many innocent persons are falsely accused and deserve an attorney who will fight for them to the end. Even those who are fairly accused deserve zealous representation and to be treated with basic human dignity by the police, the corrections officers, and the prosecutors.

Mr. Invictus is admitted to practice in all Florida courts and in the United States Supreme Court. He has practiced in the State and federal courts at both the trial and appellate levels. Mr. Invictus focuses on the defense of persons accused of political crimes, thought crimes, and violent crimes.