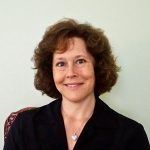 Estate Planning
Kelly L. Wright graduated from Vassar College in 1989 with a B.A. in Drama. She received her law degree from University of Miami School of Law in 2000. While in law school, Kelly was an officer of the Business Law Review and Phi Delta Phi honors fraternity, volunteered as a Peer Counselor, interned with a State criminal judge, a Federal U.S. Magistrate judge, and with the U.S. Attorney’s Office. She also participated in several charitable and theatrical events at the law school. Kelly graduated magna cum laude in the top 20 of her class and became licensed to practice law in Florida in July 2000. Kelly continued her legal studies for another year at University of Miami to receive her Master of Laws (LL.M.) in Estate Planning in 2001. Kelly practiced in Naples, Florida until moving to Jupiter and opened her own law firm, Jupiter Wills and Trusts, PLLC, in 2009.