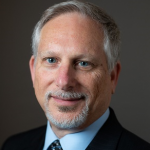 Bankruptcy Law
Jeffrey N. Schatzman is a native of Miami, Florida. He received his undergraduate degree in Political Science from the University of Florida in 1986 and his J.D. degree from the Thomas M. Cooley Law School (Western Michigan University) in 1989.

Mr. Schatzman is a member of The Florida Bar and is admitted to practice in all Florida State Courts as well as the Federal District and Bankruptcy Courts for the Southern and Middle Districts of Florida. Mr. Schatzman concentrates his practice in the areas of Bankruptcy, representing both creditors and debtors; Commercial Collections; Commercial Litigation; Business Transactions; and Residential and Commercial Real Estate Transactions.

Mr. Schatzman has achieved an AV rating by Martindale-Hubbell, a 10.0 rating by AVVO, has been selected by his peers as one of Florida Trend Magazine’s “Legal Elite” Top Attorneys in Florida and has been recognized as one of South Florida’s Top Rated Lawyers by ALM (Law.com).

On April 13, 2013, Mr. Schatzman was elected President of the Commercial Law League of America and served in that position for a one-year term. He has been passionately involved with the Commercial Law League of America since 1991 and has held numerous positions within the League during that time, including serving as Attorney Member and Young Members’ Section Representative on the Board of Governors, Chair of the Young Members’ Section, Chair of the Southern Region, and several terms on the Executive Councils of the Southern Region, Bankruptcy Section and Young Members Section. He is a member of the CLLA’s Bankruptcy Section and Creditors Rights Section and frequently lectures on the topics of bankruptcy and creditors’ rights at CLLA meetings and other associated industry events.