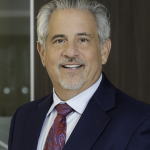 Child Abuse
Howard Talenfeld is a Co-Business Unit Leader/Partner in the firm’s Justice for Kids Division, Kelley Kronenberg’s national practice dedicated to providing legal services to abused, disabled, and catastrophically injured children harmed at home, in child welfare and foster care settings, group home settings and residential treatment centers, as well as all children harmed by the acts of others.

He is one of America’s leading children’s rights, injury, and child disability attorneys representing the needs of abused and neglected children, especially in cases of foster child abuse, child sexual abuse, child rape, and other harm and abuse of children in the child welfare system. His work has resulted in multimillion dollar damage awards and has created systemic change in how government agencies and private institutions care for those vulnerable individuals. In 2018, he was recognized by The Florida Bar Foundation as the recipient of the Medal of Honor Award for a Lawyer. The Medal of Honor Award is the highest award given by The Florida Bar Foundation and recognizes individuals who have distinguished themselves through their exceptional achievements in improving the administration of justice in Florida.

Since the 1980s, Howard has focused his practice exclusively on protecting the rights of vulnerable individuals in civil rights cases, personal injury cases and systemic reform litigation. He has litigated cases that have resulted in multimillion dollar settlements and jury verdicts that changed how governmental and private institutions care for children and the elderly.

Among his wins, Howard prevailed against New York City and the Archdiocese of Brooklyn, which together paid more than $27 million in the case of Judith Leekin. The former foster mother ran what the courts called a “house of horrors” that imprisoned, abused and starved 10 disabled foster children.

Employing creative legal approaches, he has helped to establish funding for child welfare programs throughout Broward County and the State of Florida. Additionally on behalf of both injured and disabled children, he has employed a federal civil rights damage statute and other novel approaches to recover damage awards in excess of Florida’s sovereign immunity limits. In Florida, Howard is responsible for many million dollar plus victories in federal civil rights and negligence claims against Florida Department of Children and Families’ employees and their agencies. His cases have also have resulted in landmark decisional law protecting the rights of children and disabled persons.

Howard began his career involving at-risk children, seniors and the developmentally disabled in the 1980s and 1990s, when he represented the state of Florida in its major class-action lawsuits dealing with the foster care system, children’s mental health system, juvenile justice system, state psychiatric hospitals and the provision of Medicaid services to the developmentally disabled, among others.

Nationally, he pioneered defending these cases by advocating for the improvement and reform of human service systems, while protecting states’ rights and avoiding federal over-sight. In Florida, he also represented governors, secretaries of state agencies, Florida’s Insurance Commissioner, the Florida Legislature and Florida’s Auditor General in civil rights cases in federal and state court. Howard has similarly prevailed in the largest claims against all types of child welfare entities in the state of Florida that injure children.

Howard soon took his knowledge and skill in defending state agencies to help Florida’s at-risk populations, and his successes in trial courts, appellate courts and negotiations formed the foundation of creative legal approaches that have delivered extraordinary results.

In 1999, he achieved another major victory, this time for the Florida’s developmentally disabled population in Baumstein v. Sunrise Community, Inc., 738 So. 2d 420, (Fla. 3DCA 1999). The case established the existence of a private cause of action for damages for the violation of Florida’s Bill of Rights for the developmentally disabled.
He also was the first attorney in Florida to utilize 42 USC § 1983, the federal civil rights damage statute, to recover a damage award in excess of Florida’s sovereign immunity limit of $100,000 on behalf of a foster child. In the 2002 case, Roe v. Florida Department of Children & Family Services, 176 F. Supp. 2d 1310 (S.D. Fla. 2001), Howard negotiated a landmark $5 million settlement and focused the nation’s attention on the case in an episode of ABC’s 20/20.

Throughout his career, Howard has been a forceful advocate for change. He has argued for systemic reform litigation before many state and national groups, including the U.S. Congress, the National Association of State Mental Health Lawyers, the American Public Welfare Association and many Florida legislative committees. In 1996, he was appointed to the Board of Directors of the Youth Law Center, a national children’s advocacy group. He has helped organizations develop into a viable entity that assist at-risk youth and teens.

In 2014, he co-chaired Citizens for Broward’s Children, the political action committee that successfully advocated for the permanent reauthorization in November of the Broward County Children’s Services Council which funds over $60 million dollars a year to protect Broward’s children. He also was on the original steering committee that passed this initiative.

Howard has been equally as effective in the state capital. He helped write the law that required mandatory reporting of child-on-child sexual abuse and rape in community facilities. He also advocated in 2014 for and helped encourage passage and the governor’s signature on House Bill 561 (§ 39.01305, Florida Statutes, “Appointment of an Attorney for a Dependent Child with Certain Special Needs”). The new law ensures children who are victims of sexual abuse, sexual trafficking, are on psychotropic medications, or have been committed to a residential treatment facility, have attorneys representing them in all legal or administrative proceedings. Previously, attorneys were not required, and the best interests of such children were not assured.

Howard’s advocacy dates back almost three decades. He was instrumental in the passage of such landmark legislation as the Foster Children Bill of Rights, Florida’s pilot project on representation of foster children in Dependency Court, and Florida’s interagency education bill for foster children. He also is Founding President of Florida’s Children First, Florida’s premier child advocacy organization.

Professionally, Howard has received numerous awards, including the Daily Business Reviews’ Professional Excellence Lifetime Achievement award in 2016, the University of Miami Law Alumni Association’s Alumni Achievement Award in 2016, Lifestyle Media Group’s “Leader in Law” in 2014, and the Daily Business Review’s “Most Effective Lawyer” in the Public Interest category in 2013. Additionally, he was listed in the 2017 – 2022 editions of The Best Lawyers in America© in the fields of Civil Rights Law and Personal Injury Litigation – Plaintiff. Since 1986, he has been recognized by Martindale Hubbell as having their highest AV Preeminent® rating.

Among other leadership positions, Howard was elected the Founding President of Florida’s Children First in 2002, and has served in that capacity to this day. Howard chaired the Broward Days Children’s Issues Team (2000-2014), was a Director of Florida’s Voice of the Mentally Retarded and sat on the Steering Committee for Citizens for Broward’s Children in 2000 and 2014. He was also former Director with the Youth Law Center in San Francisco, California between 1996 and 2001. He served on the Board of Trustees of the Broward Jewish Federation, chaired the Campaign Committees of Temple Kol Tikvah, was a Board Member of Hurricane Relief for Miami Foster Kids Inc., served as a Big Brother, and has coached various sports teams, including soccer, baseball and softball.