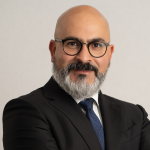 Immigration Law
As a skilled advocate and trusted advisor, international barrister and solicitor Afshin Yazdani, kickstarted his legal career as a WIP lawyer for one of the largest Iranian immigration firms in Tehran, Iran, in 2003, and has since become a foremost Canadian lawyer and a member of the Canadian Ontario Bar Association.

With more than 20 years experience in the legal field, his career has taken him to great heights from being a law professor in Iran and the United Arab Emirates to growing Canada’s largest Iranian-Canadian immigration law firm.

After a six year stint in Dubai, UAE, Yazdani immigrated to Canada in 2014, where he received an immigration consulting diploma in Montreal. Subsequently, from 2016 to 2017, he worked as a lawyer and senior consultant for WWICS, Toronto branch - Canada's largest Indian immigration organisation with more than 20 branches worldwide, averaging about 25 000 Canadian visa applications annually.

After completing his postgraduate studies in Canadian Public Law at York and Ryerson Universities in 2019, he identified a need to represent the new generation of young, ambitious, individuals, entrepreneurs and refugees to realise their dreams in Canada and hence the concept of Yazdani Law Group was born. Since its inception, YLG has assisted hundreds of individuals and business owners to explore their skills on an international platform by migrating to Canada.

Yazdani actively participates in client cases, having advocated and consulted hundreds of successful cases and mentors a stellar team of over 60 employees, to achieve their objectives in complex cases ranging from refugee hearings to angel investor visas, while maintaining an active and robust litigation practice to effectively resolve problems.

Yazdani holds a bachelors and masters degree in law from Iran and master's degree in law and a immigration consulting degree from Canada, and is currently admitted on three international law boards namely Canada, Dubai and Iran.

As part of his astounding portfolio, Yazdani is a regular columnist; author of Canadian immigration law articles in specialised magazines such as Lawyers Daily and the producer of the 24-episode TV series Immigration to Canada from a Law Prospective.