A mass tort action is “a civil action involving numerous plaintiffs against one or a few defendants in state or federal court. “Mass tort litigants seek justice for their injuries against one or more defendants. Plaintiffs’ success against large defendants such as product and pharmaceutical manufacturers may be significantly aided by mass tort proceedings.

A class action is a legal mechanism that allows one or more plaintiffs to file and prosecute a case on behalf of many people, known as a “class.”

The primary difference between mass torts and class actions is how the large group of plaintiffs is handled procedurally. Even though they are part of a large group, each plaintiff in a mass tort is regarded as an individual. That implies, for example, that specific facts must be proved for each plaintiff, including everything unique to that plaintiff and how the defendant’s conduct has harmed that person.

Dangerous and faulty drugs and medical devices account for substantial mass tort claims in the product liability category. Drugs may have unexpected, severe side effects that the manufacturer failed to warn consumers about. Medical devices may have flaws that prevent them from performing their intended function and causing damage to the patient.

Ms. Kelly works on class actions and some of the most common types of class action lawsuits are mentioned below.

Like pollution prevention and clean water, environmental problems often affect broad groups of prospective plaintiffs rather than just a few people. Property owners, for example, have been successful in filing class-action lawsuits alleging that the pollution of their properties reduced their property values. These lawsuits encourage defendants and other businesses to alter their waste disposal practices and make more efforts to prevent damaging the environment to avoid future litigation.

Usually, there is an MDL, multidistrict litigation in mass torts where they’ll have one federal judge that will oversee all the Federal mass tort litigation cases.

Consulting an Attorney for a Mass Tort and Class Action Case

It’s ultimately the individual’s decision of what they want to do, but someone who works on these types of cases has all the knowledge to deal with these types of cases. Usually, there is an MDL, multidistrict litigation in mass torts where they’ll have one federal judge that will oversee all the Federal mass tort litigation cases. And that’s good because you have one judge ruling on the case, and the rulings are consistent.

That way, through the MDL, there are usually bellwether trials, and those are trials that are tried and kind of give a sense of the case. And descendants have that kind of setup, the idea to help the other people that have had their case filed. They know what’s going on in the case and the council can work together on these types of cases and combine their resources to help the people harmed by a defective drug or medical device. 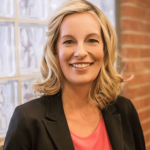 Class Actions & Mass Torts
Kelly Hyman is an attorney in West Palm Beach, Florida. Ms. Hyman has represented clients in a class-action suit concerning American Spirit (Santa Fe Natural Tobacco Company Marketing and Sales Practices) pending in the U.S. District Court for the District of New Mexico and was on its discovery committee.

Mrs. Hyman has lectured at numerous seminars on mindfulness, Improv for attorneys, and mass tort litigation.

A native Floridian, Ms. Hyman was raised in New York City and in Southern California. She previously worked as an actress, appearing in television shows, movies, off-Broadway plays, and commercials. While studying for her undergraduate degree, Kelly served as a White House Intern with the Office of Presidential Inquiries.
Previous article Spousal Support in Ontario
Next article Mediation & Arbitration: Things You Need to Know!