Close
Ask a Question
Home/ Medical/Misdiagnosis is The Most Common Reason Behind Medical Malpractice Claims!

When most people think about medical malpractice, they think about an accident made on the operating table. Surgical wards, on the other hand, are not the most frequent areas for medical errors. It’s when doctors assess what’s wrong with you in doctor’s offices and emergency rooms.

Diagnostic Errors and Its Consequences

The importance of diagnostic errors was highlighted in a recent report in the medical journal Diagnosis, which stated that incorrect or delayed diagnoses trigger 34% of medical malpractice lawsuits resulting in a patient’s death or permanent injury. Diagnostic failures were responsible for a quarter of all payouts, or 28%.

The report looked at the evidence from a database that included 28.7% of all dismissed medical malpractice cases in the United States for over ten years. Researchers used this information to find 11,592 claims alleging medical errors, with almost three-quarters of them, including the “Big Three” conditions of cancer, infections, and cardiac accidents such as strokes and heart attacks. Missed cancer diagnoses were prevalent in outpatient hospitals, although vascular missed diagnoses were common in emergency rooms.

According to the paper, the effect of missing diagnosis in the United States remains widely unclear, with figures ranging from 40,000 to 4 million people affected. The study’s authors called it “the first move toward a nationwide epidemiological estimate of severe misdiagnosis-related impacts.”

Major flaws in clinical knowledge are more often the prime result of severe medical damages stated by the writers. Studies and quality improvement programs can be done to concentrate on interventions that are pertinent to patients with higher danger conditions, such as stroke in the ER and lung cancer in primary care, for research and discovery purposes.

Take Steps to Lower The Risks

So, what would you do if you see yourself in one of those situations – or some other medical environment, for that matter – to minimize the chances of a misdiagnosis?

The most straightforward approach is to join the healthcare team as an involved participant. Tell the doctor what you know about your records, drugs, and allergies. Conduct your study to get as much detail as possible from the doctor.  If you have any concerns, be confident and ask them.

If you think you have become the target of malpractice, you can speak with a qualified lawyer specializing in medical malpractice law.

We managed to put together experienced legal marketing professionals and content writers while creating the LawQ.com team. This way, our clients get exposure to the online world while getting featured on professional legal blogs.
Previous article Visa Application Procedure to Enter the United States
Next article Are Waivers Enforceable of Playground Injuries? 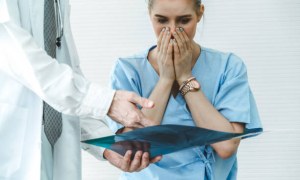 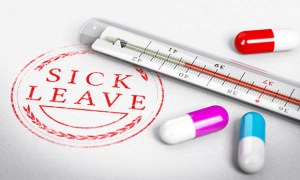 Who Gets Sick Leave Pay Amidst Coronavirus