Many people are familiar with mediation—which is an informal process designed to help the parties reach a mutually acceptable and voluntary resolution of their dispute. The Mediator acts to encourage and facilitate resolution of the dispute but cannot advise the parties how to settle their dispute or advise the parties how a judge or jury will decide their case if litigated in court. The mediator can explore settlement alternatives but cannot coerce or force the parties to accept a resolution proposed by the mediator. The Mediator must be neutral and impartial — which means that they have no preference as to how the dispute will be resolved, and do not have any bias or prejudice toward any of the mediation participants.

Generally, when Arbitrators reach what they deem to be a fair and just result, that result cannot be overturned because the Arbitrators resolve the case in a way that it would not be resolved in the courthouse. So, for example, Arbitrators can fashion an award that requires parties to do or pay for something that they might not be ordered to do in a formal legal proceeding.  Mediation also offers the parties the flexibility of deciding their dispute in a way that may differ from the way it might be resolved in court.

Sometimes the parties decide that they want a three-person Arbitration panel, or that they each want to select a non-neutral Arbitrator, with the Chairperson acting as the neutral.

A very underutilized option for resolving disputes is mandatory non-binding arbitration.  In some states, this can be ordered by the Court or voluntarily agreed to by the parties. Like binding Arbitration, the Arbitrator or Arbitration panel renders an equitable award but the parties are not bound to accept the award. While this may appear to be an exercise in futility, often the parties need to have “their day in court” or to “be heard.” Non-binding awards are often the springboard for parties to then agree to settle their dispute, having heard how a neutral third party views the case.

Neutral evaluation is another non-binding process where the neutral evaluates who would win or lose –how the case would be decided by the judge or jury or in a binding arbitration proceeding. The problem with neutral evaluation is that the evaluator can only speculate given his or her experience on the likely outcome—there is no guarantee.

Recently, a colleague of mine lost a jury trial after the retired judge/evaluator told him he had a “great case.”   Evaluation conferences are used in California courts and the courts maintain a list of “evaluators.” This process does not include settlement conferences or negotiations, but the neutral evaluation may be helpful for the parties to reach a mutual voluntary settlement of their dispute.

Due to the tremendous backload of cases in the Courts due to the COVID-19 pandemic, parties should consider these private forms of alternative dispute resolution.  Even though these processes may be ordered by the court, parties still retain their right to litigate their dispute in the traditional manner in the court system. 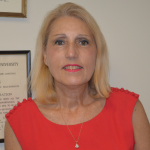 Mediation & Arbitration
Meah Tell is a former Chair of the Alternative Dispute Resolution Section of the Florida Bar, and is a Florida Supreme Court approved trainer for mandatory-non binding, civil mediation and family mediation training in the State of Florida. She is a Former President of the Florida Academy of Professional Mediators and a former member of the Florida Supreme Court ADR Rules and Policy Committee, Florida Mediation Ethics Advisory Committee and Mediation Training Review Board. Meah has arbitrated securities, employment and commercial cases since the mid 1980’s and is a Florida Supreme Court certified family, circuit, county and appellate mediator. She is also a certified mediator for the District Court of the Southern District of Florida. Meah is a graduate of Columbia Law School and the Columbia University School of Business Administration.
Previous article Overview of Mass Torts & Class Actions!
Next article Overview of Chapter 7 Bankruptcy