It’s not legal to hide assets in bankruptcy, and the concept is that anything you do with intent to hinder, fraud, or delay creditors is what we call a fraudulent conveyance, and it’s not legal.

Asset protection sometimes is illegal. Some people set up their estates; they set up their assets before having any issues or lawsuits against them. You could make yourself where they can’t collect against you on a judgment later. Under the laws states in the federal, there are specific statutes where they can’t go after you or after four years; there’s one called the 10-year look back. It also depends on the state you live in. For example, if you live in Florida, the first thing is a judgment against one spouse. You can’t go after joint assets they have together unless they purposely put them in the joint assets to delay your creditors.

Florida has a great thing called the homestead exemption. Under certain circumstances, if you were in the house for more than 40 months, it’s 100% protected under federal law; if you get above the mortgages, you get a quarter of a million-dollar exemption where they can’t come after your assets. Your house could be worth 20 million dollars, or 10 million dollars, and you can do a million, but they can’t touch it.

There are other protections as well. There are irrevocable trusts in addition to irrevocable trusts. The whole idea is when many people do things in terms of their life planning or their estate planning long before they have judgments and claims against them. It’s very common for someone who’s, let’s say, a wealthy person.

A Wealthy person once came to me and said, “I need some estate planning”. I said, “why are you coming to me? I’m a creditors right workout bankruptcy lawyer.” “He says that’s just who I wanted.” He had 20 million dollars, and he didn’t know about any money. He wanted that money protected so that it’s collection proof in case he goes into some things, and the bank wants his guarantees.

There are things we could still do, a lot of people use offshore trusts that are a little riskier, but there are some basic assets that you can acquire. You can have assets in your names and your spouse, either called tenancies by the entirety. Every state does not have that; every state does not have a homestead law; that’s why there was a time there was a rash of people making Florida their homestead. It was also probably favorable in Texas and maybe in California. So the idea is that if you get into trouble, what you’ve got is protection. But it’s illegal to hide your assets.

The court can force you to bring back the asset and declare that it was a fraudulent conveyance. Therefore, you might have to turn it back to the way it was. And then, if it’s able to be levied upon, it’s fine.

For example, you have a building that’s worth Ten million dollars, and you sell it to a relative, let’s say for five million. The relative may have to give back the building to the estate, he’ll get back 5 million, but the five other million is available for creditors. These are typical standard fraudulent in vain cases. There’s also something called preferences that’s if you convey assets within a certain time period like within 90 days of the bankruptcy or if it’s to an insider or a relative and it’s within a year, and a lot of the state statutes have other similar types of provisions.

How can a Bankruptcy Lawyer Help?

An attorney can help in many ways. If he’s a legitimate attorney and knows what he’s doing, he can guide you properly. Everything legal is not always moral or ethical. If someone comes into an estate planning attorney or what you call hiding assets, certain legal things can be done, and a good attorney will not allow you to do illegal things.

If somebody wants to make a transfer of assets, the attorney will advise them that they might get hit by a fraudulent conveyance. Somebody may go after you because you’re not clear, don’t think that because you made a transfer to your wife, it’s necessarily going to be exempt. 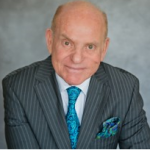 Bankruptcy Law
Larry Schantz is a Partner in the Firm's Miami office and a member of the Bankruptcy and Insolvency Department. His practice focuses on financial problems, creditors' rights, out-of-court workouts and restructuring debts. Mr. Schantz is a recognized bankruptcy specialist in corporate reorganizations and negotiations. He has practiced in business reorganizations, Chapter 11 and out-of-court workouts for more than 40 years.

Mr. Schantz is a Certified Mediator for the Circuit Court and County Court in and for Miami-Dade County, Broward County and Palm Beach County, Florida. He has been consistently listed in The Best Lawyers in America, and a recent survey by the American Research Corporation of Florida attorneys selected Schantz as one of the Leading Florida Attorneys in the area of Bankruptcy & Workout Law: Commercial Creditor/Debtor.