“Family or household member” refers to any of the following persons:

With the exception of parents who have a child in common, the persons must currently or previously have resided together in the same single dwelling unit in order to be considered a family or household member under Florida law. (Fla. Stat. § 741.28).

A defendant found guilty of a domestic violence offense must serve a minimum of one year on probation, during which time the defendant must attend a batterers’ intervention program. The court is required to impose the batterers’ intervention program as a condition of the defendant’s probation unless the court states on the record why it believes this program would not be appropriate.

Someone who is convicted of a domestic violence offense involving the intentional infliction of bodily harm to another person must serve a minimum of five days in the county jail, unless the defendant’s sentence includes a non-suspended period of incarceration in a state correctional facility. (Fla. Stat. §§ 741.281, 741.283).

Getting an Injunction For Protection Against Domestic Violence

Anyone who is the victim of domestic violence, or who has reasonable cause to believe that he or she is about to become one, may ask a court for protection, by filing a petition requesting a court order directed at the abuser. Having left a residence or household to avoid domestic violence won’t affect this right.

Temporary injunctions: Fast, temporary help. The court should schedule a hearing for the earliest possible time. If the judge decides that there’s an immediate and present danger of domestic violence, the judge can act issue an order directed at the abuser, called a temporary injunction, even if the abuser has not taken part in the hearing.

Contested hearings. Sometimes the respondent (the person from whom the petitioner seeks protection) participates in the hearing (or asks for a hearing after learning of a temporary injunction). After hearing from both sides, if the judge decides that the petitioner (the person seeking protection) is the victim of domestic violence or is in imminent danger of becoming one, the judge can issue an injunction.

If you are being abused by your partner, you can contact the National Domestic Abuse Hotline at 1-800-799-7233. When looking for help as a victim of abuse, remember to consider how private your computer, Internet, and phone use are. Consider whether there’s anything you can and should do to prevent someone else from learning that you’re doing research or seeking help. Some victims, for instance, might use the same computer or device as the abuser or might have a phone plan that allows the abuser to see the calls they make and receive. Other kinds of techThelawQ.comgy, like home security cameras and GPS in phones and cars, can also allow for monitoring by the abuser.

And if you aren’t eligible to get a domestic violence injunction (for instance, if you don’t qualify as a member of your abuser’s family or household), you may be able to get another kind of protective order in Florida, including an injunction against dating violence or stalking/cyberstalking, or a “risk protection order” (under Florida’s red flag law) to remove firearms from someone at risk of gun violence.

Injunctions may contain the following provisions:

Penalties for Violating an Injunction

It is a misdemeanor in the first degree, punishable by up to a year in jail, to violate an injunction for protection from domestic violence by:

A respondent who knowingly, willfully, maliciously, and repeatedly follows, harasses, or cyberstalks the petitioner after the issuance of an injunction commits the offense of aggravated stalking. Aggravated stalking is a felony in the third degree, punishable by up to five years in prison and a $5,000 fine. (Fla. Stat. §§ 784.048, 775.082, 775.083).

Florida law requires law enforcement officers investigating allegations of domestic violence to assist the victim in obtaining necessary medical treatment. Officers must also inform a victim that services are available through the domestic violence center. The victim must be provided a copy of the Legal Rights and Remedies Notice to Victims. The officer is required to complete a written report that includes documentation of any physical injuries observed by the officer, and the report must be filed with the law enforcement agency and a copy provided to the officer’s supervisor. If the officer decides not to make an arrest or to arrest two or more people, the report must contain the officer’s grounds for the decision.

An officer must attempt to determine which person is the primary aggressor in situations where multiple persons claim to be the victim of domestic violence. Florida statutory law expressly states a preference for arresting only the primary aggressor and not a person who acts in a reasonable manner in self-defense or in the defense of another family or household member from domestic violence. (Fla. Stat. § 741.29).

Consult with a Lawyer

We can help you with the legal issue that you’re facing, feel free to email us any legal queries and we will answer it for free. Our email address: info@thelawq.com and website: thelawq.com

We managed to put together experienced legal marketing professionals and content writers while creating the LawQ.com team. This way, our clients get exposure to the online world while getting featured on professional legal blogs. 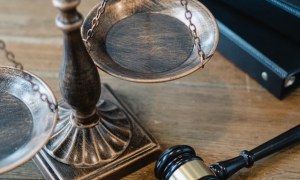