Close
Ask a Question
Home/ Bankruptcy and Debt/Debt Settlement or Bankruptcy, Which one to File!

In bankruptcy, you are typically dealing with a very large debt balance or where an individual has multiple debts. The typical debt balance range for debtor’s filing bankruptcy is generally higher than $10,000. Bankruptcy does have multiple chapters that are beneficial for debtors facing consumer and non-consumer debts; along with having built in protections against collection activities.  Generally, when an individual files a chapter 7 they are not required to pay back their creditors. In a chapter 13, a person will be paying back based upon income being too high, having too many assets, or if they are trying to cure a secured debt like a mortgage from foreclosure. So the bankruptcy route is a little different from debt settlement in what you can do and what determines how much an individual has to pay back.

So, depending on where you fall, the main difference between debt settlement and bankruptcy is, in bankruptcy, depending on the chapter, you’re trying to forgive your debt without paying back your creditors or paying them a small percentage. In debt settlement, you’re going to be paying back, but it will generally be for a reduction in debt balance without having to go through the complicated and sometimes costly legal proceedings of bankruptcy.

Which One to File

It comes down to funds and the individual debtor’s circumstances. In debt settlement, if you have the funds available you do get a better reduction with a lump sum payment or a reasonable monthly payment that the person can afford and you will not incur any more legal or attorney fees. In addition its impact on your credit score is a lot less than filing bankruptcy. The main draw for filing bankruptcy is the idea that an individual can, generally with some caveats, list their debts and be afforded a complete forgiveness of their liability and experience a fresh start afterwards. Some people also prefer the legal certainties and protections that the bankruptcy process affords. With those protections and debt forgiveness though comes court oversight, investigation and attorney fees, and decrease in credit score. So, it really comes down to the individual and case-by-case circumstances of the individual facing the debt issue.

Debt settlement can be advantageous if you want to avoid the bankruptcy legal process that investigates your financial situation and assets. Generally debt settlement is most helpful to people who are already facing a lawsuit or only a moderate debt balance. If the debt is small enough, generally under 10,000, it is more advantageous and easy to resolve the debt with settlement instead of dealing with the extra fees and complications to file bankruptcy. The average amount of fees for an attorney to file a chapter 7 bankruptcy is 1200-1500, depending on the region filing in. Debt settlement is also a better option is facing multiple small debts that can be easily saved up and settled for a fraction of debt.

Furthermore debt settlement is more advantageous to those  individuals who make too much income or have assets that can’t be protected and will find themselves paying back one hundred percent of their debts in bankruptcy while in debt settlement they can pay a reduce balance.

Lastly, you won’t take a hit on your credit score by using debt settlement as opposed to filing bankruptcy. If you’re planning on buying a house or a car, or you’re trying to finance any debts in the next couple of years, debt settlement will generally be a better option because you can pay it off, settle it, and you won’t take the big hit as you would with bankruptcy. The act of paying the debt off, even at a reduced balance, can have a positive impact on repairing your score

The main benefit of Bankruptcy is the availability to have a fresh start through debt forgiveness. Generally, in a chapter 7 you can get rid of all your credit card, medical debt, personal loans, vehicle deficiencies, and broken leases. There are some restrictions and scenarios that the law says can’t be discharged but the majority of the time these do not apply. In addition, for secured debts like car loans or mortgages if you are underwater or can’t afford the payment you can surrender the collateral and the deficient portions of the loans are forgiven. It is even possible to get tax debts and student loans forgiven if you meet certain requirements.

In the event you do have to pay your debts back, you are generally paying back just a certain percentage. If you do a debt settlement, the percentage is usually lower in bankruptcy than debt settlement, especially if you’re seeking to discharge a lot of debt.

So if you have numerous debts or a very high balance, it is better to do bankruptcy.

Lastly, the bankruptcy code and process allow for debt forgiveness and debt restructuring that cannot be accomplished outside of bankruptcy.  Some examples include, but limited too,  can lower your car payments by paying the value of the car and not the loan balance if your under water, cut down on  vehicle interest rate if you have a high-interest rate, strip old judgment liens, and sometimes get rid of second liens as well. Further the loan modification process in bankruptcy is more structured and has judicial oversight so the creditor can drag out the process. Lastly, one of the most features of bankruptcy is the automatic stay provision which acts as protections against collection actives including foreclosure sales, garnishment and lawsuits.

Role of an Attorney

In Debt settlement attorneys can usually get a better reduction through negotiations. If you’re already being sued, it is advantageous to have an attorney represent or counsel you so they can ensure the proper procedure occur so you are not defaulted before the settlement process is concluded. If the client is trying to negotiate on their own and they’re served with a complaint or they are already in the lawsuit, they can find themselves getting a final judgment before the settlement is finalized.

In bankruptcy, while it does offer a lot of protection, it is sometimes very complicated when it comes down to the many questions involving which chapter to file. Individuals can file simple bankruptcies if they have limited or no income and no assets, but for the majority of people legal representation during the bankruptcy process ensures compliance with all legal requirements and results achieved. The rate of dismissal for self-filed chapter 13 bankruptcies is less than one third.  If you are thinking of proceeding with debt settlement or bankruptcy please consult with an attorney first as these decisions can affect your future and man offices offer free consults. 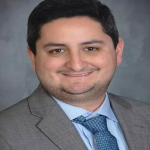 Bankruptcy & Debt Settlement
Jonathan Swinson is a native of Tampa, Florida. He received his undergraduate degree in Political Science from the University of South Florida and his J.D. from the Thomas M. Cooley Law School (Western Michigan University) in 2015. While in law school Mr. Swinson received the dean list in Marine Law and Bankruptcy Law and was a member of the Phi Kappa Phi Honor Society. Mr. Swinson is now the senior associate in the Firm’s Florida offices and Bankruptcy Department.

Mr. Swinson is a member of the Florida Bar and is admitted to practice in all Florida State Courts as well as the Middle District and Southern District of Florida Federal and Bankruptcy Courts. Mr. Swinson focuses his practice in the areas of bankruptcy and insolvency. Mainly concentrating on financial problems, Debtor’s rights, out of court workouts and restructuring debts. Mr. Swinson has practiced in consumer bankruptcies and reorganizations and out of court work outs for over seven years.
He has been a member of the Bankruptcy Bar Association for the Middle District, Hillsborough County Bar Association, Tampa Bay Bankruptcy Bar Association.
Previous article Resolving a Landlord-Tenant Dispute
Next article Wrongful Death FAQs