In the United States, federal and state laws put types of criminal charges into three different categories, which are based on the actual severity of the offences. Like a DUI, minor charges are treated as misdemeanours, a second-degree crime, followed by felony charges, and  Infractions are always the least severe.

What is a Felony Crime?

A felony is the most heinous crime: one that carries the death penalty. Offences under this category involve serious, potential severe harm, or the threat of severe potential damage to another person.

The harm that is most often physical includes:

Crimes that lead to substantial monetary loss can also be felonies:

Misdemeanours can sometimes lead to felonies as well. There are instances where people face felony charges if they already have two misdemeanour convictions because of the same crime.  If someone gets hurt while a person commits a misdemeanour, they will be convicted for a felony.

Felonies carry potential imprisonment for a minimum of one year, and in some cases, lifetime, based on the crime’s extent. You might also incur large fines for this.

To differentiate felony crimes, many states have subdivided felony crimes. If the severity increases, the extent of the punishment increases as well. In the case of a federal felony, a Class A felony is the worst felony (e.g., it has a maximum sentence of life in prison or death). The lowest level, Class E, has the possible risk of being sentenced to jail for 1 to 5 years. The States have their laws.

Because the penalties for this type of crime are so severe, you usually have the right to a jury trial and an attorney appointed by the court if you do not have the means to hire one yourselves.

After a felony conviction, you may lose some civil right which involves :

In certain states, your privileges can be restored after your jail term is done. In other instances, you can apply to get them back without any promise of your application being approved.

What is a Misdemeanor?

An offence that is not serious enough to be called a felony is a misdemeanour.

There is always a thin distinction between a misdemeanour and a felony.  For example, if you carry a considerable portion of drugs, it will lead to a felony conviction.  Likewise, if you harm or kill anyone, DUI will be changed from a misdemeanour to a felony.

The Consequences of a Misdemeanor

For most instances, the possible maximum term is shorter than a year for a misdemeanour. Other penalties can include fines, compensation, or service to society.

In some states, you can complete a diversion program that will lower the chances of a conviction on your record. The requirements of these programs involve making restitution and going under counselling.

Like felonies, multiple types of misdemeanour can occur. Under state law, an offence in class A is the most extreme and involves a jail time of 6 months to 1 year. Class C is the least intense and involves a prison time of 5 to 30 days. States can have categories of their own

A misdemeanour can still impact your life even after your term is over. The implications differ according to state but can involve securing specific jobs, professional licenses, or social benefits.

What is an Infraction?

Infractions are referred to as crimes that involve minor events, including breaches of local laws. For example:

Infractions may also be made more severe, just as misdemeanours. For e.g., for speeding up more than 20 mph above the speed limit, you can be charged with dangerous driving (a misdemeanour).

Consequences of an Infraction Conviction

In several situations, consequences for infractions are merely simple fines. Jail time is unusual and only a couple of days. Some convictions are punished by up to 5 days in prison under federal laws.

Usually, you can settle the penalty without going to court if you don’t want to challenge the ticket. Even if you’re going to fight, you usually do not have the option of a jury or a prosecutor. If you like, you may employ a lawyer on your own.

You might also have points added to your driving record for traffic infractions. You can lose your license if you receive too many points within a short time. There may also be an increase in your insurance premiums.

In general, you can deal with simple infractions on your own. But it can be more complicated with misdemeanour and felony charges. Talking with a criminal defence lawyer to protect your rights is a wise idea. 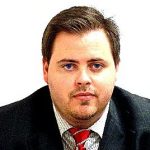 Graduated from Florida State University College of Law, been practicing law for more than 8 years, primary focus is on criminal defense and specifically felony offenses.
Previous article Importance of Hiring a Bankruptcy Lawyer
Next article Power of Attorney