What is Entertainment Law?

Generally, Entertainment Law deals with offering legal services to people or companies in the entertainment industry involving contracts and intellectual property, mostly trademarks and copyrights. Most people do not know that their image is also a property right and as such, it can be stolen. Apart from all these, entertainment law is also associated with defamation and branding.

Entertainment Law also deals with image infringement claims. Actors and actresses are incredibly careful with the projects they choose, and they usually vet a client before agreeing to lend their image to a good or service. There is a specific value associated with an image, and it works the opposite as well.

Role of an Entertainment Lawyer

Who are the prime clients of entertainment lawyers?

An entertainment lawyer must be able to deal with different types of customers with different needs. Entertainment lawyers often represent actors, athletes, and other talents in individual endeavours and business opportunities such as the creation of charities, restaurants, launching clotheslines, or starting other companies in similar or different industries. Singers can shift from actors and actors to singers.

When should someone seek an entertainment lawyer?

An artist should consult with an entertainment lawyer before signing any contract to properly understand the terms and conditions of the contract and the scope. Even contracts that seem to have the best interests of artists in mind may have peripheral undesirable consequences. A songwriter, or a producer, for instance, should take help from an entertainment lawyer to mainly protect their intellectual property and negotiate their contract for all different reasons.

What are Intellectual Property Rights?

Intellectual Property Rights are the result of human creation like innovation, designs, business models, logos, songs, poetry, signs, labels, products, etc.  It allows their owner to profit from their product truly. It prohibits someone from stealing any creation from the original creator without their permission. If anyone copies or steals a creation from the original creator, then they can be sued legally. 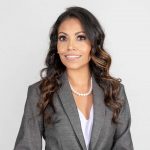 Entertainment Law
Ms. Cabarcas Osman has been working for over a decade to help clients obtain justice and favorable settlements. She gathered experience as a litigator practicing law in the area of Insurance Defense for a prestigious national law firm. Ms. Cabarcas Osman's current practice specializes in the protection of privacy rights for models and talent in the entertainment and sports industry. Additionally, she litigates general civil matters such as family law disputes, business, contractual issues and probate proceedings. Finally she helps businesses and individuals build and manage their reputation.

As a South Florida native, being active in the community has also been an integral part of Ms. Cabarcas Osman's career and life. She serves on the Board for the Weston Bar Association and is an active member of her Church volunteering for various local charities. She is also a proud mother and most Saturdays you will find her at a T-ball practice or soccer game with her son. She held the office of Cabinet Director for the University of Florida Student Government in 2004 and was the Public Relations Chair for the University of Florida Hispanic Student Association in 2003. She is fluent in English and Spanish.
Previous article Power of Attorney
Next article Overview of Intellectual Property Law