The Canadian government executed a system where people who applied for immigration would obtain immigration fairly. The reason for this quickness of being an important agenda is as it was based on the needs of the Canadian Labor market. For example- if they require a financial manager, they didn’t want to wait for years to bring in financial managers as the market is constantly unpredictable. Thus, they introduced a system where people would willingly apply for themselves to the Canadian government. In return, they would examine these interested applicants in coming to Canada, basing on the labor needs of the market. This is how the formation of the system called the Express Entry program was established.

The Canadian government was advised to form two categories to function this system properly, which are as follows: (both of the experiences must be in a skilled job)

1. A minimum of one year of Canadian work experience:

The way this system works is that if you have a minimum of the one-year of skilled Canadian experience and speak English or French at a certain level; you are eligible to go into that pool.

2. A minimum of one year of foreign experience:

Selection Procedure of Applicants from the Pool

General criteria’s that are followed in the selection process to earn points for the right candidate are as follows:

Note: One must get the education evaluated to ensure that it’s equal to a Canadian level of education. For example: If someone has a bachelor’s degree from Stanford University in the United States, they must get that evaluated to see if it’s equal to a bachelor’s degree in Canada. Every applicant must be healthy because of the free medical support in Canada, and one must not have a criminal record to confirm their permanent residence or immigration to Canada.

Based on all of those things, the Canadian government invites immigration on who scores the highest. And when an applicant gets the invitation to apply, they have a limited period of time to upload all of the documents for the background check. And the stage is when they process all the immigration applications. However, before the pandemic, the government used to finalize those applicants within a time period of six to eight months. However, due to this pandemic, it takes approximately a year to process. The pandemic has certainly slowed down the processing time.

The second category is called the Startup Visa Program. In this system, about six years ago, the Canadian government looked around the world and observed how places like Silicon Valley with knowledge-based companies are real. What was going on in Israel, in the I.T., or the artificial intelligence area in India? And they wanted to invite founders to Canada that had really cool, neat, innovative ideas.

For example, Uber would be a great startup company where you could use the startup visa program if you had created this concept of Uber in India and wanted to bring it to Canada.

The way it practically works is that if a founder has a startup that they want to introduce to Canada, they approach one of the three types of organizations and give them a presentation on the startup. A pitch deck is done, and you pitch them about the innovative business idea, your startup that you want to bring to Canada. And it’s the designated organization that believes that it is an excellent, innovative startup.

Then they will give you a letter of support, which will designate them as a startup that can apply for immigration to come to Canada. And the process takes between 12 to 16 months. It may be a little slower with the current pandemic, but they are permitted to enter Canada and start the business once it gets into immigration.

It’s important to understand that they can live anywhere they want. But once they get the startup approval and enter Canada, they can live in any province that they wish to work in; Visa is not conditional on the success of your startup.

For example, if the founder enters Canada as an immigrant under the startup program and begins the startup and operates for six months. Still, it just doesn’t seem to be going the way they expected then; unfortunately, they may have to close down the business. However, it does not affect their immigrant visa, so they can restart with a different type of business once they are in. And just like the express entry system, they must be healthy and have to have a clear criminal record.

These are the two most popular types of visas that one can apply for. There are other forms of ways to enter Canada. There are approximately sixty-four different pathways to get immigration in Canada.

The people may have heard of various provincial nominee programs. Or situations where the Canadian government asked various provinces to create their immigration selection system, thus many of the provinces have different pathways for immigration based on the needs of the provinces. But most of these provincial programs all begin with an employer sponsoring the applicants to come over. So, if someone has a Canadian business in the province of Ontario and wants to move and join another business, this employer will sponsor them to join and work with them,

Many of the provincial programs start with on the business side of people that want to create businesses in Canada with a work permit where the immigrant would come first on a work permit, showing the province that you’ve got a viable business in Canada. And within a year, they go back to the province and prove to them that they have started this business that you’ve hired some Canadians or permanent residents, and then they will nominate you for immigration to Canada.

It’s a much slower process than the express entry or startup visa program. Generally, it takes about three years to get immigration to Canada.

Importance of Consulting an Immigration Lawyer

It’s certainly beneficial to consult an immigration lawyer because some of the programs are very complicated, but a recommendation would also be to speak to an accountant to help out in filing the taxes. It’s important to take proper advice from either a lawyer or perhaps even an immigration consultant. But all consultants have to be certified to operate in Canada. There is also a consultant course that approximately takes one year, unlike a lawyer who goes to school for up to three years.

The decision is entirely up to the immigrant, whether they want a consultant or lawyer to help them. Though it is the lawyer who is in a position to have something called solicitor-client privilege, meaning that a lawyer protects all the information privately. He is obliged to keep information in private about their client unless someone goes to court, unlike a consultant who doesn’t have this privacy protection policy to keep their client information safe and secured in protection by the government’s law. 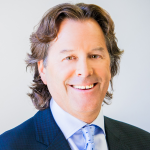 Immigration Law
Stephen Green is one of the two Senior Partners at Green and Spiegel and is Certified as a Specialist in Immigration Law by The Law Society of Ontario.

Stephen has been practicing immigration law for 30 years and has extensive experience in all areas of Canadian immigration.

Stephen has been identified for many years as a leading practitioner in immigration law.

Stephen is considered a subject matter expert in the field, frequently asked to speak as a panelist, moderator and lecturer.